One thousand years ago, the interior southeastern US was on the brink of a new world order. Cahokia rapidly morphed from a small mound center into an urban and cosmopolitan city that straddled the Mississippi River near St. Louis. Smaller political centers arose in favorable river valley locations, as their growing populations adopted floodplain maize agriculture. Some groups continued to live in the same locale as their ancestors, while others migrated elsewhere. Political relations intensified, and dormant long-distance exchange networks reanimated, as materials moved across a vast landscape known today as the Mississippian world. Among the Florida communities intimately involved in these interactions was the Mill Cove Complex.

The Archaeology Lab at the University of North Florida (UNF) has undertaken a longterm study of Native American life in northeastern Florida during the period A.D. 900–1250. At that time, the indigenous people of present-day Jacksonville lived off the natural bounty of the rich salt marsh-estuary ecosystem. They placed their villages and camps in locations that afforded ready access to fish, shellfish, turtles, and land mammals. They also collected wild plants, nuts, and fruits when seasonally available. These Floridians were not farmers but fisher-hunter-gatherers.

The centerpiece of our research is the Mill Cove Complex, a large Native American ceremonial center and village site currently located in residential yards in the Fort Caroline area of Jacksonville. This archaeological site lies across rolling relict dune fields that form high bluffs along the south bank of the St. Johns River, bringing contours to a part of Florida often stereotyped as low and flat. The Mill Cove Complex consists of 1,000-year-old household garbage accumulations, special event or ritual middens, earthen causeways, and two sand burial mounds.

Beyond scholarly research, the Mill Cove Complex project is committed to public education and outreach. The public deserves to know the rich and vibrant story of Native Americans who once thrived in the sunshine state. Archaeological research over the past decade has challenged conventional thinking about indigenous cultures of northeastern Florida and altered the way we interpret many aspects of their lives. The UNF Archaeology Lab is sharing this new information with the general public through a traveling exhibit displaying various artifacts and an educational booklet highlighting Native American life at Mill Cove.

UNF ARCHAEOLOGY: UNEARTHING THE PAST 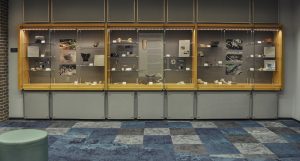 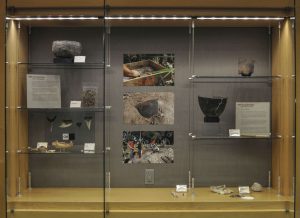 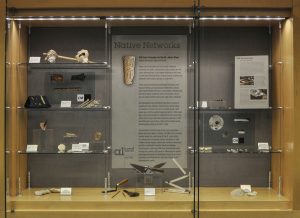 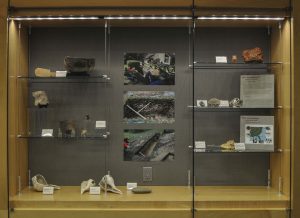 Select an image to view the entire gallery. 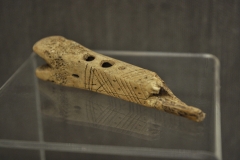 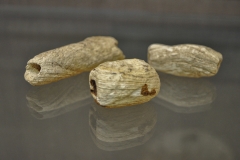 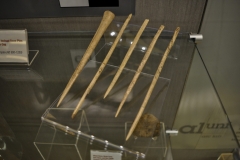 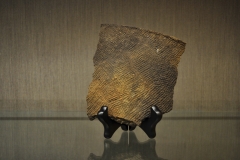 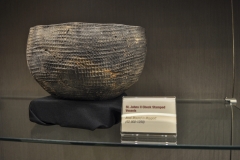 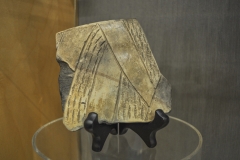 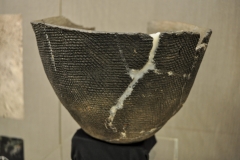 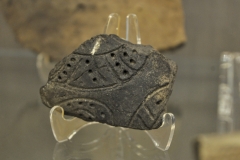 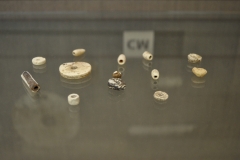 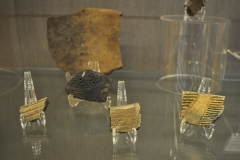 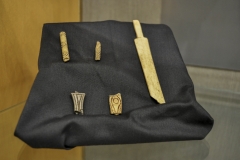 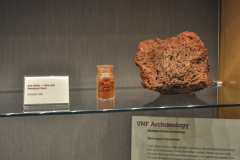 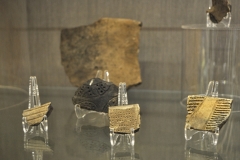 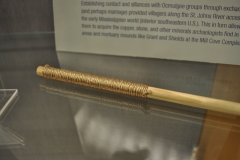 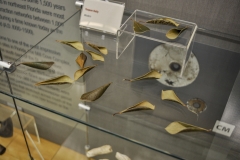