The Mocama community of Guadalquini began its existence on the south end of St. Simons Island, Georgia. The Spanish mission of San Buenaventura was established at Guadalquini during the first decade of the seventeenth century, where it stayed for the next seven decades. Increasing attacks by both British-backed slave raiders and French pirates forced the residents of Guadalquini to relocate to northeastern Florida. Now known to the Spanish as Santa Cruz de Guadalquini, the Mocama community lasted only 12 years (1684-1696) in its new location. In 1696, Guadalquini again uprooted as its occupants took up residence at nearby San Juan del Puerto on Fort George Island. Slave raiders destroyed this combined Mocama community in 1702.

The exact whereabouts of 1684-1696 Santa Cruz mission on the modern Florida landscape was unknown prior to 2005, when UNF students uncovered large amounts of mission-era pottery from the Cedar Point site along the southeastern edge of the Black Hammock Island. Including the 2005 field season, UNF has devoted portions of seven summer archaeological field schools to investigating the southern end of the island. These projects are part of a joint program between UNF and the National Park Service.

As a result, we have excavated nearly 700 shovel tests (50-x-50 cm) and more than 140 1-x-2-meter unit. Additionally, we have identified the main parts of the Santa Cruz mission and the earlier Mocama community of Vera Cruz on NPS lands. The core mission area (compound) covers approximately two hectares along the southeastern edge of the island. Field schools have identified, a few localized, yet dense, late mission-period shell middens to the southwest among an extensive spread of precolumbian and contact-period refuse. We believe these late seventeenth century shell middens represent outlying households associated with the relocated Santa Cruz mission community.

In addition to the remains of a building thought to be a kitchen or food processing and storage area, we have uncovered larger numbers of indigenous artifacts and smaller amounts of Spanish material, such as ceramics, nails, glass beads, and religious items. We also have uncovered gunflints and tobacco pipes which show contact (likely indirect) with the British Carolina colony.

Through artifact analysis, the research of historical documents and the recent discovery of structural features, the Park has verified the location of the Santa Cruz y San Bueneventura de Guadalquini mission at Cedar Point. Future cooperative efforts with the University of North Florida will enable the Park to better define the mission landscape, locate other areas of occupation and offer insight as to how the indigenous groups of the Southeast lived.

Select an image to view the entire gallery of the Field School, May 2009. 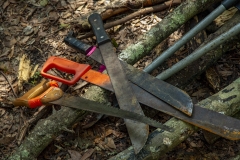 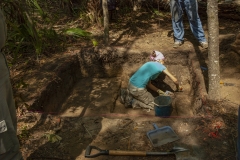 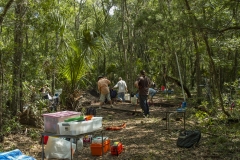 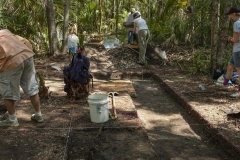 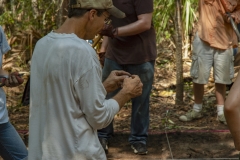 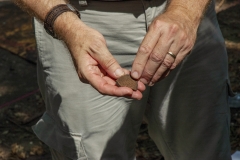 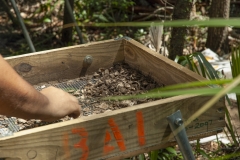 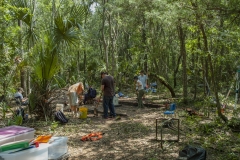 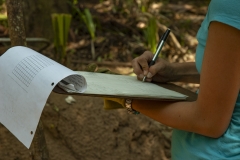 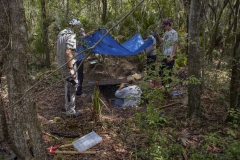 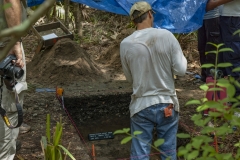 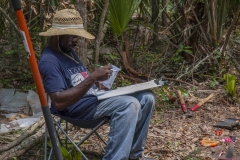 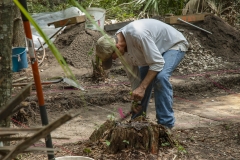 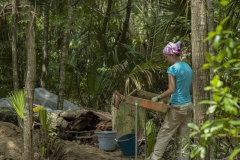 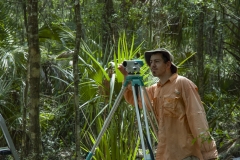 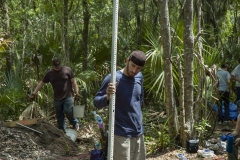 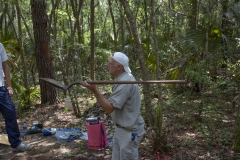 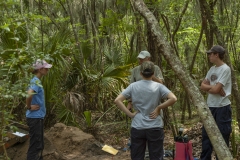